Whew that’s a lot of stuff!!
An ancient Celtic symbol, the triquetra is considered one of the oldest; dating back to as early as 500 BCE when it was used to symbolize the triple goddess (maiden-mother-crone). Over the centuries it has become the symbol for the Holy Trinity among Christians in Ireland. The symbol is often used to represent the 3 fundamental elements – air, water, and earth or the infinite cycle of life. It is also known as a rune of protection. 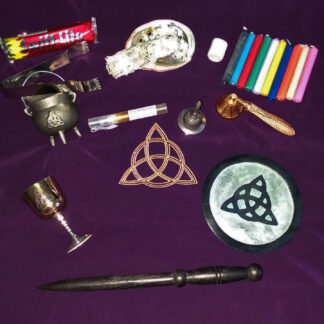